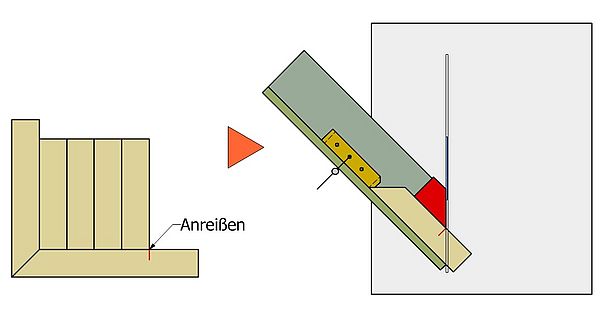 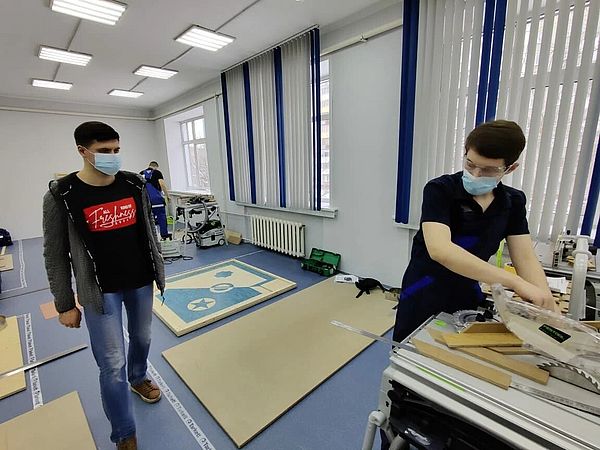 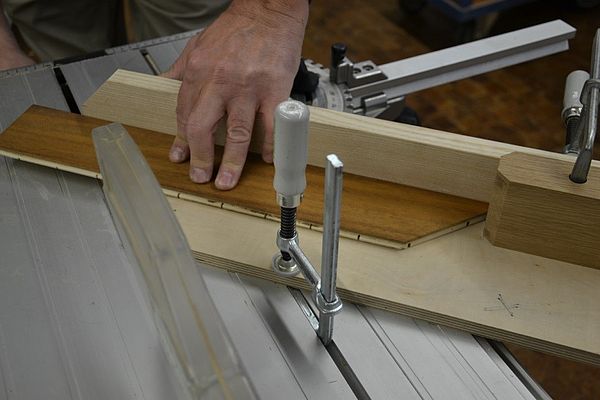 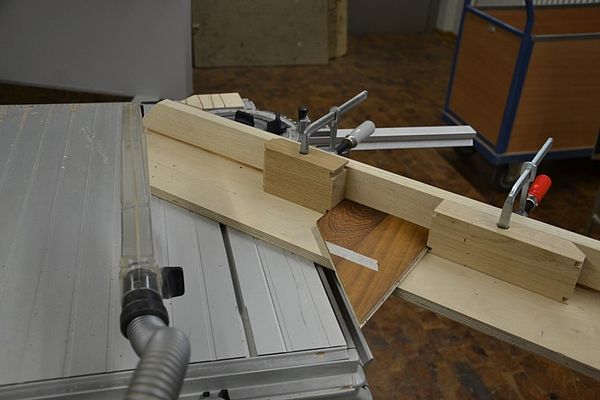 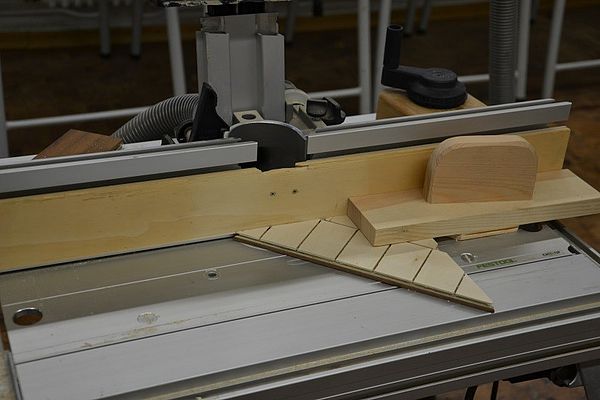 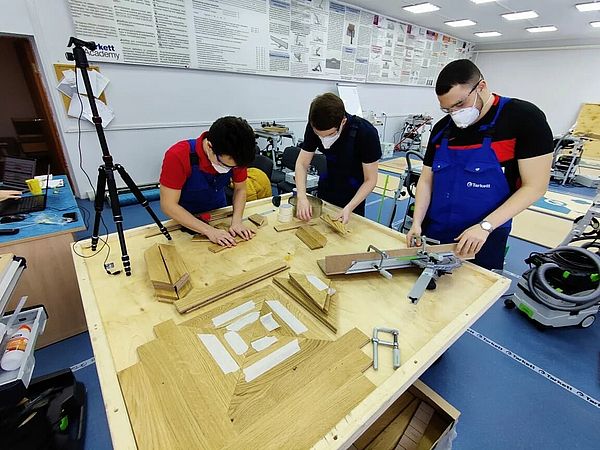 Nikolay Yakubchik from Moscow had a course for young russian parquet layers scheduled for summer. Since it could not take place it has been realized at the beginning of december via video conference.

Involved were the training center in Nowosibirsk and its students, Nikolay Yakubchik as organizer and translator in Moscow and in Bamberg EUFA-chairmen Heinz Brehm and Josef Heller.

The task was to lay a parquet board, that was used to work on tearing techniques, as well as predictive, rational und safe handling of circular saws.

The training center has been well prepared for the work. EUFA provided a script, including drawings, pictures and detailled work instructions so the students could implement the contents. The young people were motivated.

Although the support through showing patterns and sketching techniques without direct contact was not easy, the work could be completed on schedule after three days.

Another difficulty was the time difference of six hours. While the german side had to stand up very early, the parquet layers of Nowosibirsk had to burn the midnight oil.

The students produced according to the specification as preparation a circular saw fence with movable stopping blocks.

With this fence and after short briefing with small exercise boards they were able to adjust measures and saw the required amount of rods in series.

The students learnt, requirement for successful sawing ist to measure the lengths precisely. At first it was unfamiliar for them to put their pocket rule aside. With many parquet patterns the lengths are dependent on the width of the rods. Because this can vary deviating from the nominal size, length sizes are being determined by gathering a certain amount of rods.

Moreover they learnt, that rods, that are one or more rod widths shorter, can be sawed precisely with the same adjustment of the stopping block just by putting leftover rods in between.

However it had to be made comprehensible, that springs need to be attached for a professional laying. The required milling device was available.

Despite initial concerns Heinz Brehm and Josef Heller got to know that the russian side with Nikolay Yakubchik was well-equipped with media technics, so the basis for a problem-free transmission was created. Nevertheless both sides hope to be able to assist the young parquet layers on-site at following trainings.