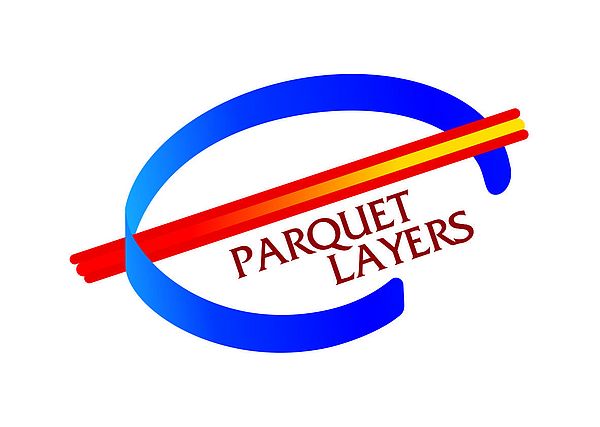 to understand the 10 years of EUFA P+F history better, I have to go further back than the foundation of this association.

1995-1996 the practical performance competition as last professional level was too less for me so I searched for an increase.

The world contest of occupations I found, including six weeks of training and four weeks of post-processing, required a time and cost factor me and my central association couldn’t afford.

Because of the leading of my company and part-time practical vocational school activities, I had very good contact to senior teacher and my friend Josef Heller, who picked up my idea immediately. Thus the first European vocational contest, the European contest of parquet-layers, began to live.

Already in 1997 in Neustadt /Aisch at our state vocational school for parquet-layers the first parquet-laying contest took place with the countries France, Holland, Belgium and Germany. At that point Josef Heller, BS-Director Dr. Diesner, from Holland Ad van Mierlo were helpingly at my side.

1998 we were in Troyes (F) and 1999 in the alsatian Reichstett a two year holding-rhythm was determined, because of financial reasons.

For the spring 2000 Belgium agreed to do the orientation. But because of missing sponsors the six participating countries were invited to Poland, –Bielsko-Biala-, near Krakau in September 2000.

There we saw and experienced the buildings of Auschwitz and Birkenau by ourselves. It took about two hours after that to start a conversation among us.

2002 we were invited to Utrecht and 2004 Belgium met his commitment to organize a parquet-layer contest in EURO-EX Kortreyk. At that time Ad and me were active for a long time for an association foundation, but the non-profit status was missing.

May 2005 the non-profit status was given, the foundation meeting has been a long time ago in Poperinge (B) and Ad told me, he couldn’t be the first board, because of private business reasons.

Even though I absolutely didn’t want to be pushed into this, I also took this honorary office. Much to the disappointment of my wife I still like to do this.

2006 there was a big conflict in our neighbour country among the former CZ-Boards and this was the reason to organize the PL-contest with 9 participating countries in our vocational school in Neustadt.

During a quiet hour a maple tree was planted in memory to BS-Director Dr. Diesner and Ad van Mierlo, great supporters of this European idea. Both of them passed away in the meantime.

2010 we were invited to Poland again and 8 countries chose the three best parquet-layers and the first European master: Gafriller Thomas from South-Tirol.

2010 in October our board member Hans-Peter Lugstein passed away. We still grieve about him.

2012 we travelled 7 countries to Bukarest. There for the first time floor-covering works were integrated in the contest.

2014 was the Czech Republic willing to be the organisating association.

And now to our 10 year existing, we are in South-Tirol.

What did EUFA P+F do besides the contests:

Inter alia: EUFA cooperated in the DIN EN-Work on european level, the parquet- and floor-layer education in Belarus and Ukraine has been integrated connected to our vocational school, EUFA and Josef Heller and there we have another participant increase with Ivan Rak and Jurij Rudtschenko.

I have listed ten years of association history as well as my idea at that time and now:      We, who have a dual education, should inspire other countries, so that they have it too.

Poland, Czech Republic and Romania have made the first steps. Youth unemployment is terminable because of that and these trained ones can be conveyed to work easier.

Now the only thing left is to say thank you: To my intensive supporters: always part of it Josef Heller and since 2000 Germann Kirschbaum.

To my members: A big thanks to you for your trust that you always give to us three, that includes: Holland, Poland, South-Tirol, Austria, Czech Republic, Romania and Germany as well as single members Josef Heller, Dr. Andreea Mircea, Gert Hausmann.

The same thanks to our promoting and guest members, listed after entry date: Lägler, Ardex, SN-Verlag, Bona, Mapei, Uzin, who always help the EUFA P+F association.

A big thanks to South-Tirol, great organization with lvh.apa. Thanks to Mrs. Dr. Messner. We are feeling very well here.